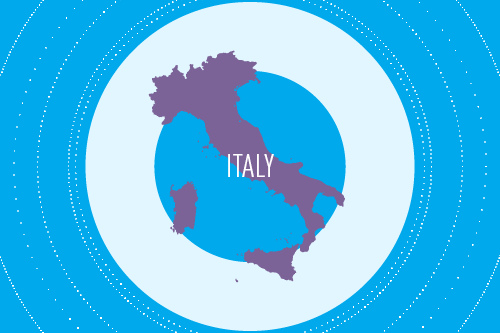 Italy is a country in Southern Europe, at the heart of the Mediterranean. It joined the European Union and NATO when they were first formed and is the third largest economy in the Eurozone.

It encompasses the Alpine peninsula, the far northwestern Balkan peninsula, the Po Valley, the southern slopes of the Alps, the islands of Sicily, Sardinia, and a number of smaller ones.

Italy has 53 UNESCO World Heritage Sites, the most of any country.

Joining the Eurozone had a negative impact on Italy’s GDP: it registered 0% growth between 1999 and 2015, and contracted by 7% from 2008 up to and including 2016. As a result, Italy’s GDP returned to its 1995 levels in 2016, having reached its greatest extent in the country’s modern economic history. 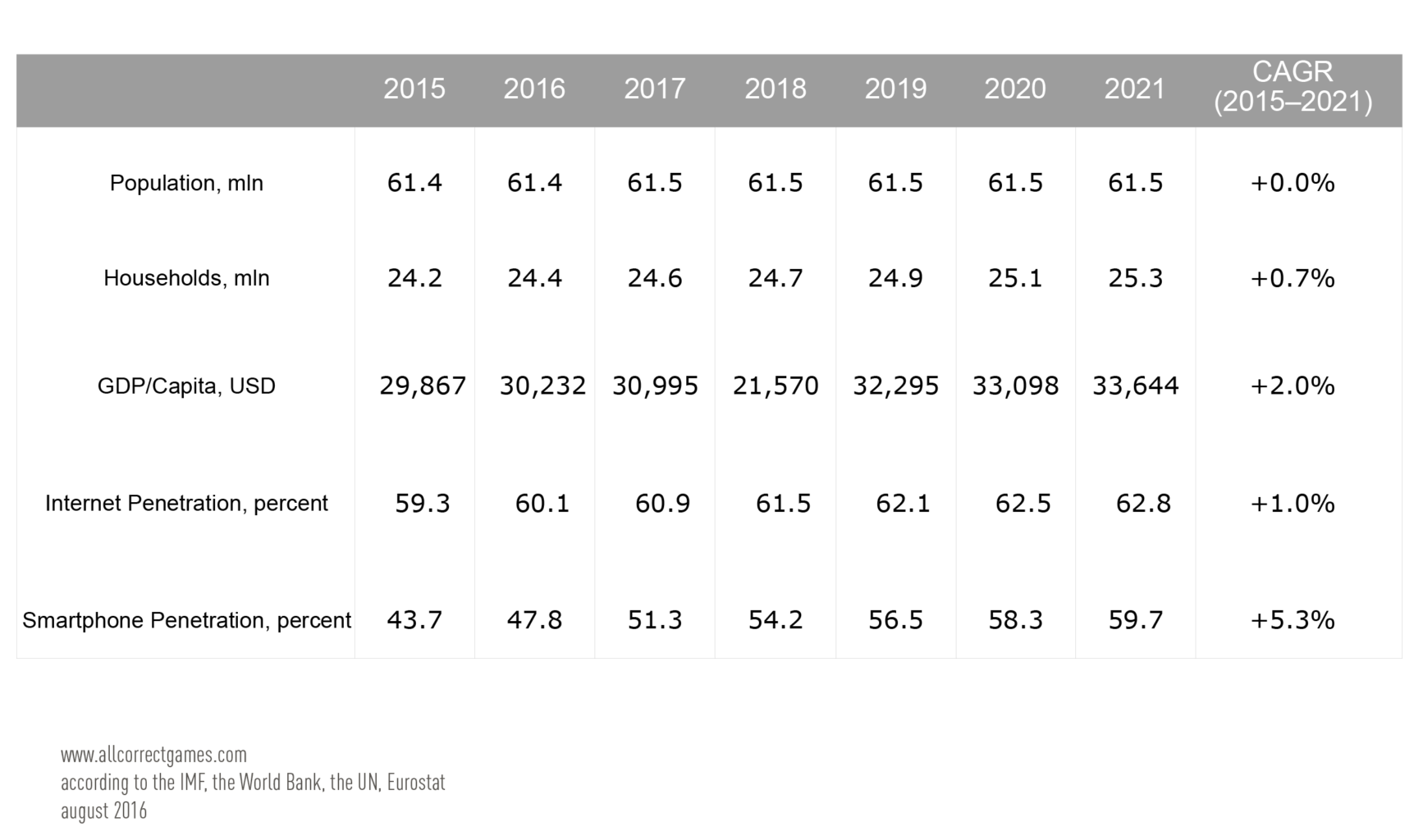 The Mobile Games Market in Italy

Android, Facebook, and Google are the dominant mobile platforms in Italy. According to the App Annie site’s data, WhatsApp is the leading messenger, while the most popular device manufacturers are Samsung (40.6%) and Apple (29.15%).

Who plays mobile games in Italy?

According to App Annie, Italian gamers are fans of genres such as strategy, puzzles, and arcade-style games. The most downloaded games in November 2016 were F1 2016, Caduta Libera, and Enlight, while Candy Crush Saga and Clash Royale registered the most sales. 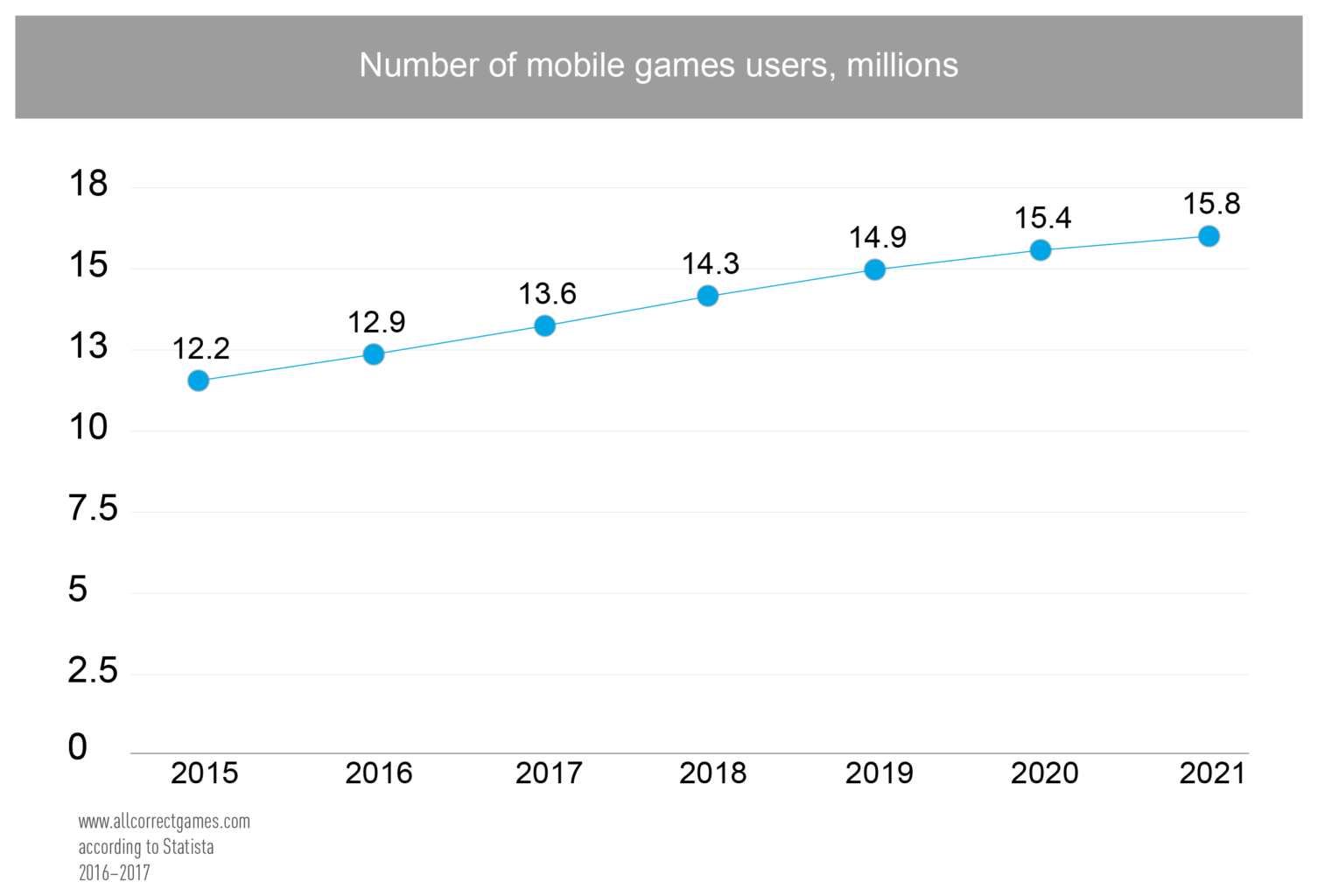 According to Newzoo’s data for 2017, there are 24.5 million gamers in Italy, of which—according to data from Statista—13 million are mobile gamers (51% male and 49% female). 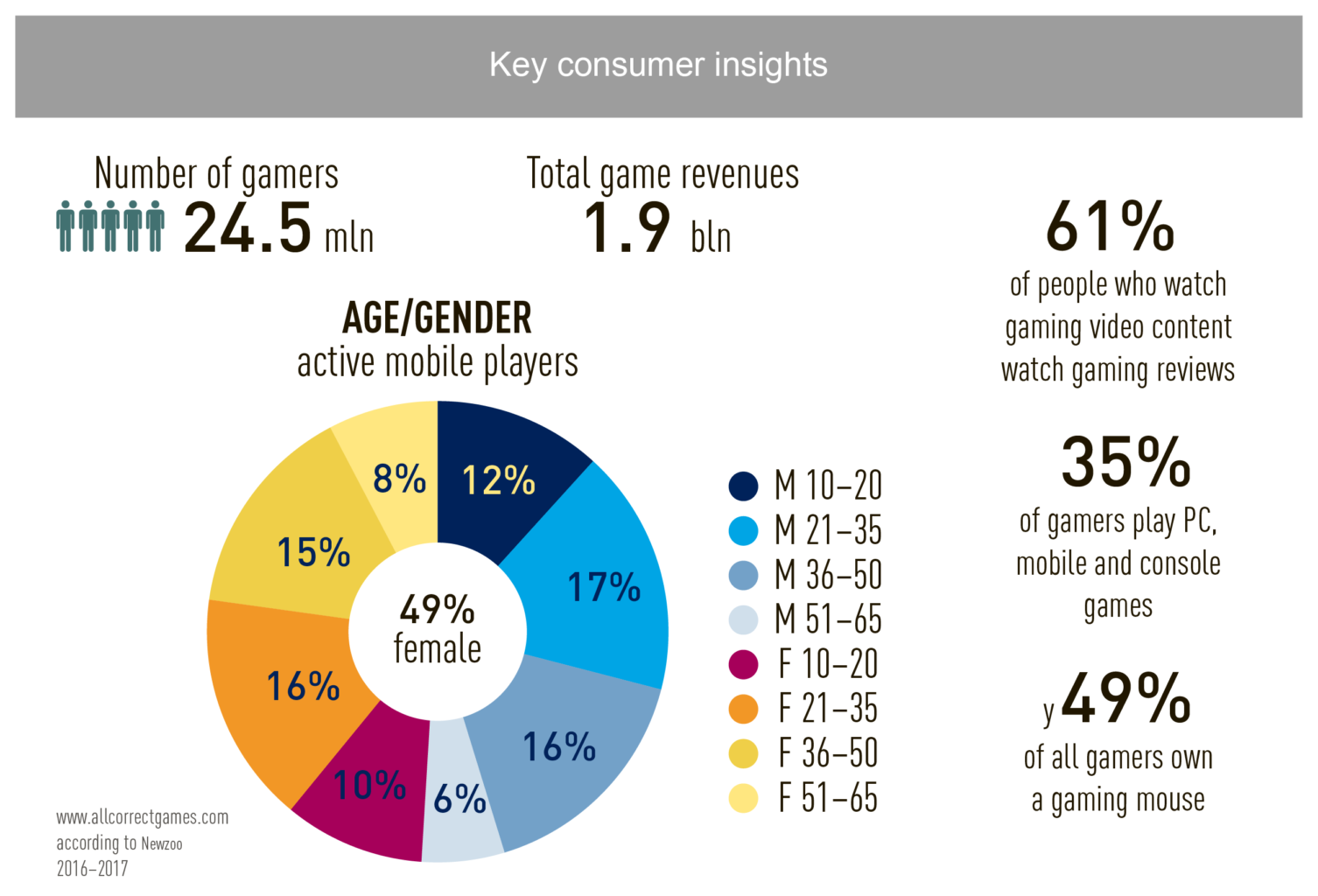 505 Games is one of the leading Italian companies. It has published games such as Payday 2, Rocket League, Sniper Elite III, and Terraria. 505 Games started off as a publisher for PlayStation 2 games and developed several educational and casual games for Nintendo DS between 2007 and 2011. Now, however, the company fully focuses on publishing games.

There is also a Ubisoft studio in Milan, which focuses on porting the company’s games onto different platforms.

The 10 developers whose games have been downloaded most in Italy are:

The most downloaded apps include the game Caduta Libera from the Italian developer Mediaset.it, as well as Frecce Tricolori FS Pro from Rortos SRL.

Italian can be traced directly back to the Vulgar Latin spoken across Italy. In the Middle Ages, when Italy was politically separated, there wasn’t a common literary language, although written examples of different dialects do survive. From the Renaissance onwards, the Tuscan—or, to be precise, Florentian—dialect became the most prestigious, and was the form of Italian used by Dante, Boccaccio, and Petrarch. Nevertheless, well-educated people continued calling Italian “volgare”—“vulgar”—in contrast with the classical pure Latin. Between the XVIII and XIX centuries, a unified literary Italian formed out of the Tuscan dialect, which was a bridge between the northern and southern tongues. That said, there are numerous dialects in Italy—and it can sometimes be difficult for speakers to understand each other. From an historical point of view, the North Italian Dialect is Gallo-Romanic, while the South Italian Dialect is Italo-Romanic. Besides dialects, there are several regional forms of literary Italian, as well as a number of idioms that are considered separate languages rather than dialects of Italian (primarily Sardinian and Friulian).

Italian is a fairly typical Romance language; its phonology maintains a formal contrast between open and closed vowels, which is typical for new Romance languages (French, Portuguese, and Catalan), although its role in the phonemic differentiation of meaning isn’t that big. In terms of vocabulary, alongside its age-old Latin base, there are numerous later “bookish” adoptions from Latin.