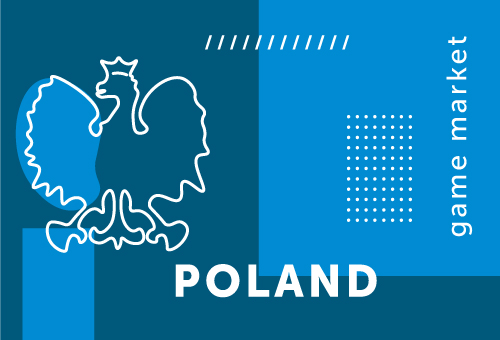 Its relatively small number of players notwithstanding, Poland is a promising market for mobile game developers. With low costs per install (USD 0.36 for iOS and USD 0.21 for Android), users spend an average of USD 27.33 annually on mobile games.

Gamers often get their information about new games from friends and acquaintances. A significant portion of mobile gamers (20%) don’t search for info on new games at all. This figure is 6% for console games and 12% for PC games.

Poland has a large number of older players, with 24.4% of its internet users over age 56 playing at least once a week. These “silver gamers” favor card and logic games, while MMOs see the least interest (less than 1% of users). Mature players also prefer to play alone. Most of these users (77%) don’t look for other players, while this figure for gamers aged 15–55 is just 41%.

Players often use mobile games as a means to kill time (55% of players mentioned this), whereas they play games on PC and console to relax and unwind.

Poland’s gaming industry is quite mature. On the one hand, the conditions are there to successfully promote your studio. On the other, immigrating to Poland is simple, so a number of talented developers are looking to relocate there.

Polish game developers are known foremost for the large-scale projects of CD Projekt RED for PC and consoles. However, there is a number of devs, including those for mobile games, that are thriving there. App Annie features these companies in their top lists:

Some of the most well-known PC and console game developers include:

Polish is the official language in Poland, and is also found throughout Europe and the US. About 40 million people worldwide speak Polish.

Polish has a 32-letter Latin alphabet. Some of its letters are unique to Polish: ą, ć, ę, ł, ń ó, ś, ź, and ż. The language also uses diacritics to convey a number of sounds.

● A superscript dot, called the kropka, is used to denote sharp sibilant /ž/ sound in ż (including in the dż diagraph).

● Letters marked with a /-shaped line (kreska) indicate: soft, mid-tongue sibilants, such as the affricate /ć/ and fricative consonants /ś/ and /ź/; the soft /n’/ sound; and the /u/ vowel sound (in the place of the old Polish long ō). These letters are ć, ś, ź, ń and ó. The ź letter is also found in the dź diagraph.

● The /u̯/ semivowel is marked with a diagonally crossed l (ł).

Regardless of the fact that many of the people in Poland can speak English, with the country ranking at number 11 in the EF EPI index, its gamers prefer to play games in translation.